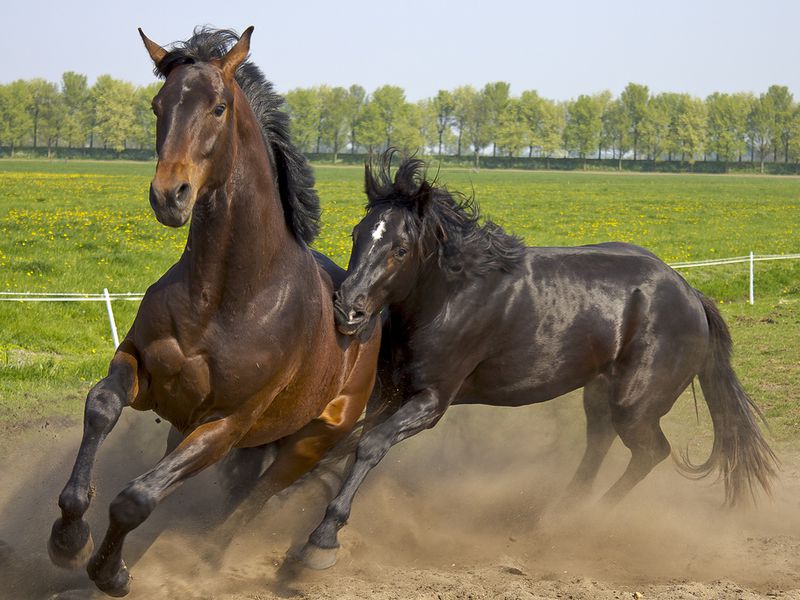 Every year we observe more and more interest in horse riding . Although it is still one of the most expensive sports, horses are returning to fashion. However, in order to be able to practice equestrian sports, you need appropriate equipment and special training. Still, it’s worth a try, because such competitions are very rewarding. What disciplines does horse riding offer us?

The horse competitions offer is very wide, it offers both horse and carriage rides. Of course, all of them have a common denominator – the horse. The equestrian sports recognized by the International Federation for Equestrian Sports include: dressage, show jumping, the All-round Riding Horse Competition, carriage, western riding, vaulting and long-distance rallies. We briefly discuss each of them below:

It is the most recognizable horse competition enjoying great popularity all over the world. Due to its spectacular nature, there are often television broadcasts of the show jumping competition called Cavaliada. In 1900, this discipline made its debut at the Olympics in Paris and is still an Olympic discipline today. The competition itself consists in the fact that in a properly prepared hall or square there are several obstacles of different height and nature (a ditch with water, wall, beams), which the horse and its rider must overcome in the shortest possible time and with the least possible number of drops. Each mistake is penalized with penalty points. The winner is the pair that completes the track in the shortest time, receiving the fewest penalty points.

Another very spectacular competition of horse riding. Dressage, like show jumping, is an Olympic category. It consists in performing certain figures in a arena with dimensions of 20 x 40 m or 20 x 60 m. The purpose of dressage is the harmonious development of the horse, showing its natural abilities and possibilities. A well-trained horse carries out commands quickly and gracefully – it requires a lot of chemistry and trust between the rider and the horse.

Horse riding was a very popular sport several thousand years ago, mainly due to driving. During the ancient games it was one of the most spectacular competitions, and the winning horse was awarded on a par with the rider. Quadriga races began, then former chariots, today riders have at their disposal modern carriages and sports carriages. Driving competitions consist of three parts: dressage, marathon and dexterity driving.

This is something for fans of westerns and those who like adrenaline. Reining is a horse riding competition that consists in following the pattern most accurately. The whole thing is done at a canter and the horse is led with one hand. This very spectacular competition requires a lot of dexterity and strength of the rider, often ends with falls and injuries. Of course, it is most popular in the USA.

Sports horse riding is not only racing. Volleyball is an artistic gymnastics on a horse that moves at a walk or canter. Exercises can be performed by one rider or a whole team – usually 6 people. For this competition not only skilled riders are needed, but also expectations are required of the horse. Above all, it should be gentle and have a long and wide back. It is on it that there is a special sponge and vaulting belt.

A discipline that is quickly gaining popularity among horse fans. The task is very simple – the horse and rider have to cover a certain distance in the shortest possible time. The distances to be covered are very different, it all depends on how many days a given rally lasts. If it is a one-day race, the route is usually 160 km long, if it lasts several days, it is a minimum of 50 km each day. Each horse is examined by a vet before each stage. Only after receiving a positive evaluation, he can start the race.

Very spectacular horse competitions belonging to the Olympic disciplines. This is the most comprehensive test of horse and rider skills. It can last up to three days, during which three different events are performed. The first is dressage, which involves performing the appropriate figures. It checks the discipline, elegance and precision of the horse’s tasks. The next day, an endurance test is held, consisting of three parts: road and path, stipl, and cross. On the last day there is a jumping competition. The third part is being abandoned more and more often so that the competition can be played in one day. The winner is the pair that collects the most points within three days. Eventing competitions are usually played during large fairs or shows, attracting large crowds of fans. They check the horse and rider skills comprehensively,